Phase cancellation is the silent killer of great mixes.

It destroys impact and obliterates low end. It makes tracks sound thin and lifeless, or causes them to disappear entirely. But most of all, it’s seriously frustrating. (If you’ve ever wondered why a kick still sounds wimpy after adding 18 dB at 60 Hz, you know the feeling.)

I won’t be covering the basics of phase here, as you probably know this stuff already. (If not, watch this video.)

Instead, I’ll share a few tactics you probably haven’t heard before. Implement them to add punch and weight to your mixes.

1. Fix Phase Cancellation From The Beginning

The best time to fix phase cancellation is at the beginning of a mix. There’s no use adding mountains of EQ or compression if a simple polarity flip can give you what you’re looking for.

Check for phase cancellation during mix prep, before you add any processing. Make this a permanent part of your workflow. Remember—phase cancellation can crop up in any mix, regardless of genre. Finding and fixing it early on will make mixing faster, easier, and more fun.

When checking for phase cancellation, flipping the polarity is the first step. But this is just the beginning.

First, realize there’s a difference between polarity and phase. When you flip the polarity on a track, you’re actually just reversing the direction of its waveform.

While this can help, it often won’t fix phase cancellation problems completely. If two tracks are only slightly out of phase, for example, a polarity flip alone will leave you stuck choosing between the lesser of two evils. For this reason, it’s worth exploring other options.

For starters, zoom in on the waveforms in your DAW and compare the peaks and valleys of different tracks. Here’s an example of two tracks that are slightly out of phase:

When dealing with the above, nudging one track forward or backward in time often works better than flipping the polarity. This approach works well when you have two mics that were placed at unequal distances away from an instrument (e.g., inside and outside kick drum mics).

With plugins like these, it’s tempting to go trigger happy and optimize everything. There is a tradeoff, however. The natural time delay between different tracks often contributes to an instrument’s depth. While time alignment can yield a tighter, punchier sound, it can also flatten and destroy this depth.

Listen for depth when making time-alignment decisions. While certain genres may benefit from a punchy, one-dimensional sound, others may warrant a more natural approach. Not all phase “problems” need to be fixed (see #6 below).

Many mixers forget to check for phase cancellation between layered drum samples. Follow the steps below when you have multiple samples that play together:

To learn how to pull this off in detail, watch the video below:

Some mixers take this process further with plugins like Waves’ InPhase. Matthew Weiss has a great video on this:

Conventional, minimum-phase EQ alters the phase of sounds. Normally, this isn’t a problem. But EQing correlated sounds (like a snare drum that’s part of a multi-mic’d drum kit) can cause unexpected problems. To learn more, watch the video below:

To sidestep these problems, avoid the solo button when EQing correlated sounds (you should be doing this anyway). You can also opt to use a linear-phase EQ instead. Since they don’t create phase shifts, they aren’t subject to phase-related problems. However, linear-phase EQs aren’t a catch-all, as using them can cause other problems (like pre-ringing).

The best solution is to always consider context. Don’t make mixing decisions in isolation. Pay attention to how your decisions affect groups of tracks, as well as the mix as a whole. And avoid the solo button…please!

5. Use Stereo Imaging Plugins With Caution

Obsessing over stereo width is a waste of time.

Why? Because most listeners will never hear it.

Ever walked into a typical living room? The left and right speakers are often in different rooms entirely. Step back several feet from any set of speakers, and you’re effectively listening in mono. And sure, on headphones, stereo width matters. Until someone gives one of their earbuds to a friend…

Many listeners will never hear your carefully crafted stereo image. This doesn’t mean you shouldn’t focus on it. Just don’t get too caught up here.

For this reason, I’m not a big fan of stereo imaging plugins. If you’re going to use them, be careful. Many of them use phase shift to create width. The effect can sound great in stereo, but horrible when summed to mono (or even when your mix is played on speakers that are close together). 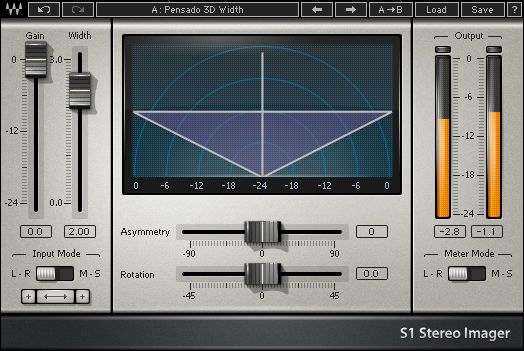 I don’t recommend using these plugins across your whole mix. They can be nice on individual tracks, but often create more problems than they solve. When using them, check your mix in mono to make sure tracks don’t disappear.

6. Use Phase “Problems” To Your Advantage

Not all phase problems should be fixed. Some actually enhance your mix.

For example, phase cancellation between multiple mics on a guitar cabinet can be used to add color and texture to the instrument’s tone. By adjusting the blend between the two mics, you can create a unique sound that cuts through a busy mix. 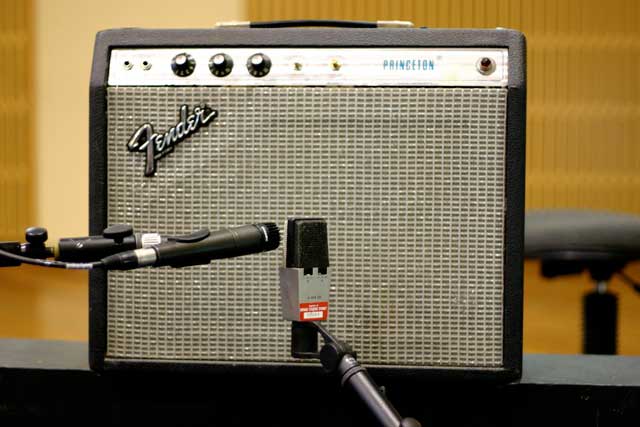 Phase cancellation can also create depth. For example, complex phase relationships between mics on a drum kit can smear transients. This can help the kit blend better and sink back into the mix, instead of sitting right on the front plane of the speakers.

When it comes to phase, a blanket fix-all approach isn’t always appropriate. Always A/B your decisions and listen closely for downsides—fixing one problem can often create others. Most mixing decisions are tradeoffs, and the best mixers know when to leave tracks alone.

What are your favorite tools, tricks, or techniques to eliminate phase cancellation in your mixes? Let me know by leaving a comment below.