I don’t blame manufacturers. They’re in business to sell. But will buying more plugins help you achieve that elusive, radio-ready sound?

What You Can Learn From Top-Tier Mixer Andy Wallace 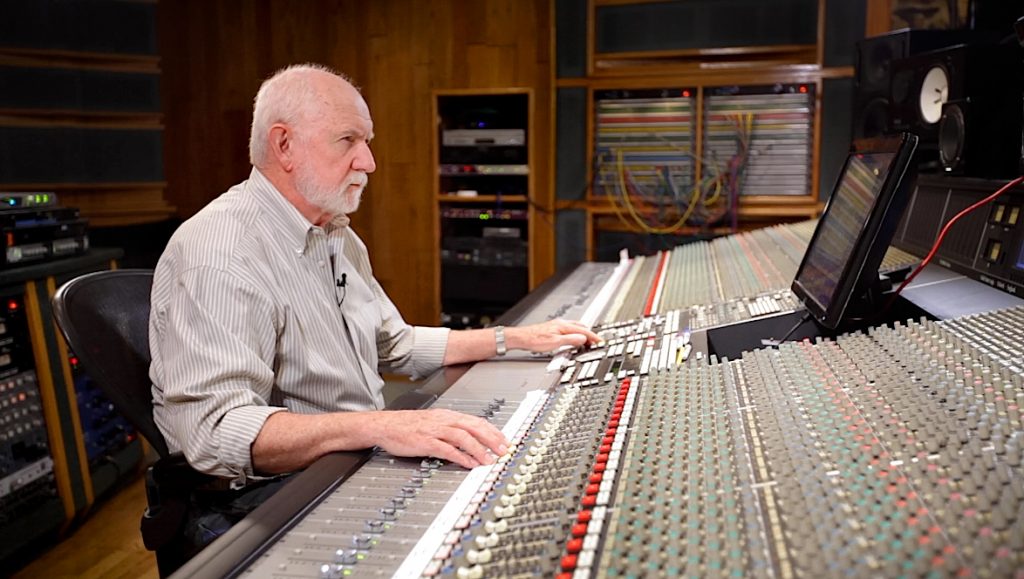 I was recently struck by a passage in Sound On Sound’s interview with mixer Andy Wallace (Nirvana, Rage Against The Machine, Guns N’ Roses):

“Virtually all engineers and mixers could fill entire magazines with lists of the gear they use and explanations of how they use it, and what they like and dislike. By contrast, 90 percent of Wallace’s work…is done on a large-format console — usually an SSL — and the number of outboard units and plug-ins he uses rarely reaches double figures.”

This is a guy who’s mixed some of the hardest-hitting rock records of all time. He could easily afford several truckloads of outboard gear. But instead, he relies on little more than his SSL’s stock EQs and compressors.

Andy Wallace has made a clear choice to limit the number of tools he uses. Should you?

How Using Fewer Plugins Can Help You Craft Better Mixes

Is there such a thing as owning too many plugins? I would argue yes.

Hundreds of plugins create hundreds of choices. But the choice to use one EQ over another is not what really matters. The specific cuts and boosts you choose, or whether or not you choose to EQ at all, is infinitely more important.

If you have too many plugins, it’s easy to get distracted by unimportant choices. But by limiting your toolkit, you’ll force yourself to focus more on the decisions that truly matter.

The Only 5 Plugins You’ll Ever Need

While there are thousands of plugins available, almost all of them are variations on 5 basic tools. If you have one versatile, high-quality plugin that covers each of these bases, you have everything you need to create radio-ready records.

A high-quality EQ is the most important tool in your mixing arsenal. While there are hundreds available, the choice doesn’t matter all that much. In fact, you can emulate the curves of any EQ (minus saturation) with a single, fully parametric EQ plugin. Don’t believe me? Here’s a quote from Algorithmix’s website, a plugin manufacturer well-known for their world-class EQs:

“The truth is that with a properly designed, fully parametric analytic PEQ, every amplitude and phase characteristic of any other equalizer setup can be recreated.”

So you don’t need three dozen EQ plugins. Just one will do. Even the manufacturers admit it!

While I cut my teeth on emulations of classic compressors like the 1176 and LA-2A, I now prefer the flexibility of a modern digital equivalent. Find a plugin that gives you independent control over attack, release, ratio, threshold, and knee, and you’ll be well-equipped to tackle nearly any compression task.

A caveat: a multi-band compressor is also worth having on hand, for the rare circumstances in which it’s needed.

I’ll let you in on a secret…

Your DAW’s stock delay has everything you need.

While some third-party delays may offer extra goodies (built-in saturation, step programming, etc.), you can create great mixes without them.

Find a plugin with a variety of built-in algorithms (room, hall, plate, chamber, etc.) and independent control over early reflections. There are so many great choices here!

Look for a plugin that offers a handful of different saturation types, control over the amount of drive, and a wet/dry blend knob. While saturation is a hot topic today, it’s the least necessary tool on this list. You can absolutely create a killer mix without it.

You probably have all the plugins you need to craft radio-ready mixes. Save your money and work with what you’ve already got. By doing so, you’ll be forced to focus on the decisions that really matter.