Hey, this is Jason from Behind The Speakers, and in this video you’ll learn what these myths are and how you can avoid them.

But before we dive in, I recommend you first download a free e-book I put together called “35 Mixing Mistakes You Don’t Know You’re Making.” Inside, you’ll discover how to avoid the biggest mixing mistakes so you can mix like a pro. Click the link in the description below or up there in the video to download this free e-book right now.

The first myth is you should always high-pass every track in your mix. This was something I heard all the time when I first started mixing, and I did it religiously because I thought, you know, hey my mixes sound kind of boomy or muddy, and people were always talking about how this was the key to cleaning everything up. But what I found was a lot of the time my mixes would end up sounding thin and kind of lifeless. And if you’re struggling with this, there’s a good chance that in many cases you’re probably cutting out a lot of low end that doesn’t actually need to be cut.

So if you’re listening to your mix and hearing that there’s some problem in the low end, then by all means go find it and use a high-pass filter to clean it up if necessary. But I wouldn’t proactively go through the mixing process and add high-pass filters on everything, because again in many cases you’re just thinning out tracks. You’re taking away good low end information that doesn’t really need to be cut because it’s not causing a problem.

So if you want your mixes to sound thick and dense and full, and you want that low end weight and presence, avoid this myth. Go ahead and use high-pass filters by all means, but make sure that when you’re using them you actually have a reason for adding them to a track and you’re not just blindly throwing them all on every track in your mix because you think you should.

The second myth is you should never add reverb to the kick or the bass. Now this was something that I followed religiously when I started mixing too, because people would say that reverb would muddy up the low end of my mixes and just make things sound boomy and mushy. But as I got better as a mixer I realized that there are cases in which adding reverb to these instruments and tracks can be useful.

Same thing with bass. Sometimes you find with like a DI it just feels like it’s just kind of sticking out of the rest of the mix, and a little bit of room reverb or reverb might just kind of push it back a little bit and make it feel more connected. So it’s certainly not off limits. I definitely think that if you need reverb, you should reach for it.

You do have to be careful, and one good rule of thumb – not a rule but a rule of thumb – is you want to try sticking with typically shorter decay times, so like a room reverb that’s maybe a second or less in length. The longer reverbs, the ones that ring out for several seconds, those are sometimes the ones that will kind of get in the way and muddy up the low end. Again, not a rule. Sometimes, you know, those are exactly what you need. But don’t be afraid to add reverb to low end instruments like the kick or the bass. It can absolutely enhance your mixes sometimes, and I wouldn’t be afraid to go for it if you feel like that’s what’s needed.

Myth number three is you can’t make a great mix with stock plug-ins. Now luckily I think the tide’s kind of turning on this one. I think that people are starting to understand that stock plug-ins are actually really great, and you can absolutely make great mixes with them alone. But I still see people all the time that say, you know, okay you need to have UAD if you want to make a great mix, or you need Waves or Slate or whatever. There’s still this kind of ideology that there’s something else out there – some tool, some magical plug-in – that’s going to take your mix from sounding kind of crummy to sounding amazing.

Now whenever you get caught up in this mindset, you need to kind of step back and recognize that if your mixes don’t sound great, the problem is almost always never your tools. The problem is, you know, maybe you need to improve as a mixer or maybe your room doesn’t sound that great, or maybe, you know, there’s a million other things that could be going wrong here. But nine times out of ten it’s not the tools themselves. So recognize that, you know, regardless of what DAW you’re using, whether it’s Pro Tools or Logic or Sonar or Ableton, the stock plug-ins – the free plug-ins that are included with that DAW – are more than enough to craft radio-ready records. You can absolutely produce radio-ready mixes with those tools alone. So just remember that when you go reaching for your wallet for the latest Waves sale, or the latest, you know, UAD sale or Slate sale. Remember that the tools are in the vast majority of circumstances, are not the thing that’s holding you back.

Myth number four is that this DAW sounds better than that DAW. Now I can’t tell you how many times I’ve signed on to Gearslutz or another one of these audio forums and seen these massive fifty-page threads with people comparing the sound of different DAWs and talking about how one DAW is better than another and doing all sorts of tests. Every DAW sounds exactly the same. Every DAW processes audio in the same way. The differences between DAWs are not so much in the sound themselves. Though when it comes to the plug-ins, specifically if there are plug-ins included in one DAW that model analog gear or have some analog processing in them, you may find small differences between DAWs.

But as a whole, the biggest differences between DAWs are not in the sound itself but in the workflow and the way you actually move through that DAW, and how easy it is to do certain things and what the workflow is like and how easy it is to navigate through. That’s the stuff that’s going to change from DAW to DAW, not the sound quality. So if you’re caught up in this whole thinking of, you know, hey, I need Pro Tools to make great-sounding music or I need, you know, Logic or whatever, or I can’t use Garage Band, you’re barking up the wrong tree. And what ends up happening is you take all this time, you know, buying a new DAW, trying to learn a new DAW because you think that’s what’s really going to make the difference, and you’re just chasing your tail because it takes a lot of time to get up to speed with a new DAW.

So whatever DAW you’re using right now, whether it’s Garage Band or whether it’s Pro Tools, or Logic, or whatever, it’s absolutely all you need to make great sounding music. So don’t feel like your DAW is holding you back, and don’t feel like if you have the latest greatest – if you don’t have the latest greatest DAW that you’re in a disadvantaged position. You can absolutely make great-sounding music with whatever DAW you have.

And myth number five is you can’t make a great mix in the box alone. Now this is another myth that I think is changing over time. I think people are becoming a little bit more comfortable with the fact that you actually can make great-sounding mixes in the box without using any analog gear. But I still get emails all the time from my students, people asking me, you know, hey do I need summing? Do I need this fancy analog compressor? Is that really what’s going to make a difference?

My answer is always no. I work completely in the box. I mix 100% in the box using plug-ins. I don’t have any outboard gear, and I’m super happy with the sound of my mixes. And you know, top-tier mixers are more and more today mixing completely in the box, guys like Andrew Scheps, Dave Pensado, Serban. I mean there are so many examples of world-class mixers producing top-ten records completely in the box. It is no longer a compromise, and I say that with complete confidence. I’ve made records on SSL’s before and API’s, I’ve used large-format consoles and racks of outboard gear, and quite frankly I’m more comfortable at this point mixing in the box. So if I had a choice between the two, I would choose my own rig because I can move through the mixing process more efficiently and effectively just using plug-ins alone.

So if you’re caught up in this kind of hey, I need to buy this fancy outboard compressor, or I need a summing mixer, that’s why my mixes don’t sound great, this is just another myth that quite frankly is holding you back. So you can absolutely produce great-sounding mixes in the box alone using plug-ins. And more and more I think as we continue to move forward, you’re going to see that that becomes the standard and not the exception. So more and more top-tier mixers are embracing, you know, mixing completely in the box as we continue to progress, and the tools continue to get better, and it becomes more and more socially acceptable as well.

Now if you’re ready to dive deeper, I recommend again you download that free e-book I put together called “35 Mixing Mistakes You Don’t Know You’re Making.” Now this e-book will help you avoid the biggest mixing mistakes so you can get on the fast track to mixing like a pro. Click the link in the description below or up there in the video to download this free e-book right now.

Now before you go, leave a comment below this video and let me know – which of these five myths has held you back the most? I’d love to hear your replies, so leave your answer in the comments section below.

Thanks so much for watching, and you can check out more mixing tips just like these right here on my YouTube channel, or at BehindTheSpeakers.com. 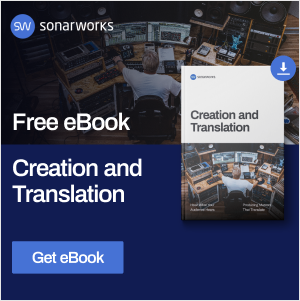